After 10 years of operating Marvesta in Maryland and 3 years of operating RDM Aquaculture in Indiana, we feel as a partnership we have the combined knowledge and necessary combination of technology to ensure the success of domestic shrimp farming.

The long term depletion of the world’s oceans has created a demand for new ways to produce seafood. This has been especially true in the case of shrimp. The shrimp we eat are almost never caught in the wild anymore. Instead, almost 95 percent of them are farm raised in open air ponds and imported from Southeast Asia and South America. These regions are favored for shrimp production due to loose environmental regulation and optimal climates that allow for production all year round. This has created a large global production of low quality frozen product. To compete in these markets many shrimp farms rely on practices that negatively impact the environment, as well as the consumer. 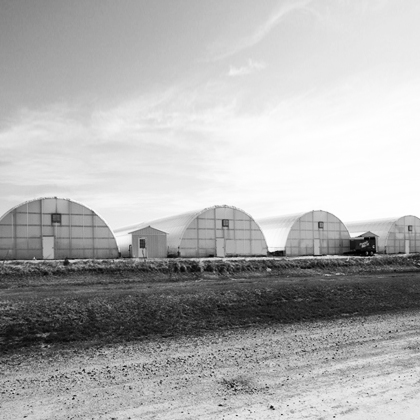 Most shrimp farms merely pump all the waste accumulated during the process directly into the ocean.  This causes detrimental and irreversible environmental issues.  In addition, the EU and the US have banned the importation of shrimp from many Southeast Asian countries due their use of cancer causing antibiotics and growth hormones.

Still, the US government is only able to inspect a small percentage of these imports and violations are frequent. This reliance on imported shrimp results in us spending $5 billion abroad annually, thus indirectly polluting the oceans of the world while exposing our population to unsafe imports for which we have no system to regulate or control. These economic, environmental and public health issues have been the driving force behind decades of government funding to develop a domestic a sustainable and environmentally sensitive shrimp industry. However, due to a variety of economic constraints, regulatory issues and lack of knowledge, this has not occurred and much of the research has inadvertently benefitted the foreign producers more than the domestic ones.

The pond based outdoor production systems that are used abroad have been introduced in the US with limited success. Even in Florida, the winter is too cold and the growing season is limited. Research has therefore focused on indoor systems that can produce year round.  Temperature control, the avoidance of airborne infectious diseases and the ability to control all environmental factors allows indoor systems to produce more consistent growth and higher yields. This is the same rationale that has moved chicken, pork and milk production indoors.

Indoor systems must overcome some traditional constraints as well as new ones. First, the production units had to be significantly smaller to simply fit inside. This has surprisingly become an advantage for indoor systems. Smaller systems are inherently easier to manage, thus preventing unnecessary problems. It’s easier to detect and alleviate issues more quickly when the tank is only 12 feet wide versus acres. A typical problem, for example, might be uneaten feed or occasional mortality, possibly due to an infection. Both predicaments are reversible if detected early enough, so potential negative effects on the water quality and the existing shrimp can be avoided. In the realm of large tanks and ponds, such problems are near impossible to detect before significant damage is inflicted.

LEARN ABOUT OUR PROCESS

Our guaranteethe freshest shrimpon the market